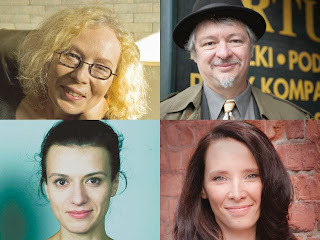 
For writers and publishers here in Canada, Alice Munro’s Nobel Prize win is a victory on several fronts. Not unlike Poland, Canada is a secondary power economically and politically, and a country which has struggled to have its stories told. Munro’s win is the crowning achievement of a 50-year effort involving thousands of Canadian writers, booksellers, agents and editorial workers to build a literary presence in the face of the mounting “globalization” of cultural industries. It’s only fitting that our first Nobel literary laureate should be a woman; women play a vital role in Canadian letters, not only as writers but also as editors, librarians, teachers, organizers of book clubs, and above all as readers.  It’s also fitting that our Nobel winner should be a writer of short stories. We excel at short fiction—Canadians Mavis Gallant and Morley Callaghan being two authors whom I’d include with Munro on a list of the greatest short story writers of all time. Short stories are out of favour in publishing circles nowadays, and we can be thankful that Munro has remained loyal to the form. Finally, at a time when authors everywhere are feeling pressured to forsake the localities that have inspired them and write for “international” markets, we can also be thankful that Munro’s fiction has remained faithful to its small-town Canadian roots. The Nobel jury’s decision to honour her work affirms that literature is often at its most powerful when it communicates universal truth by describing a particular human experience.
Posted by ANDREW J. BORKOWSKI at 9:36 AM